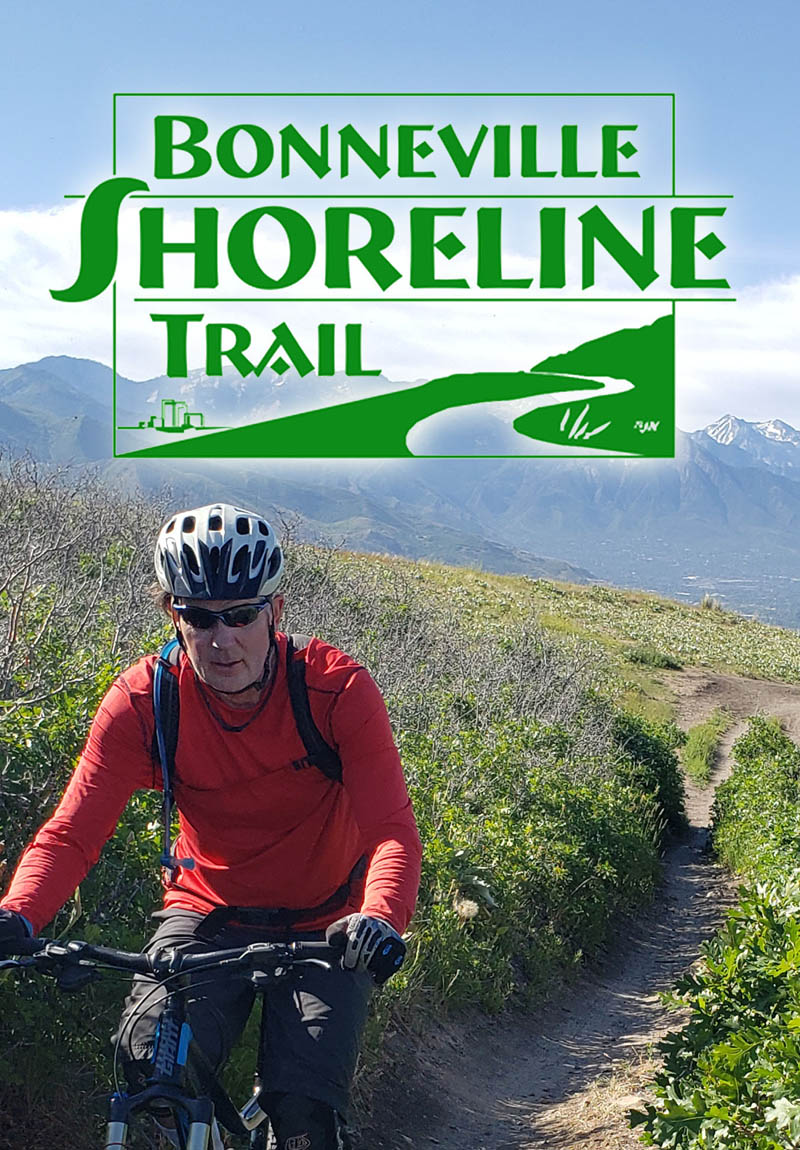 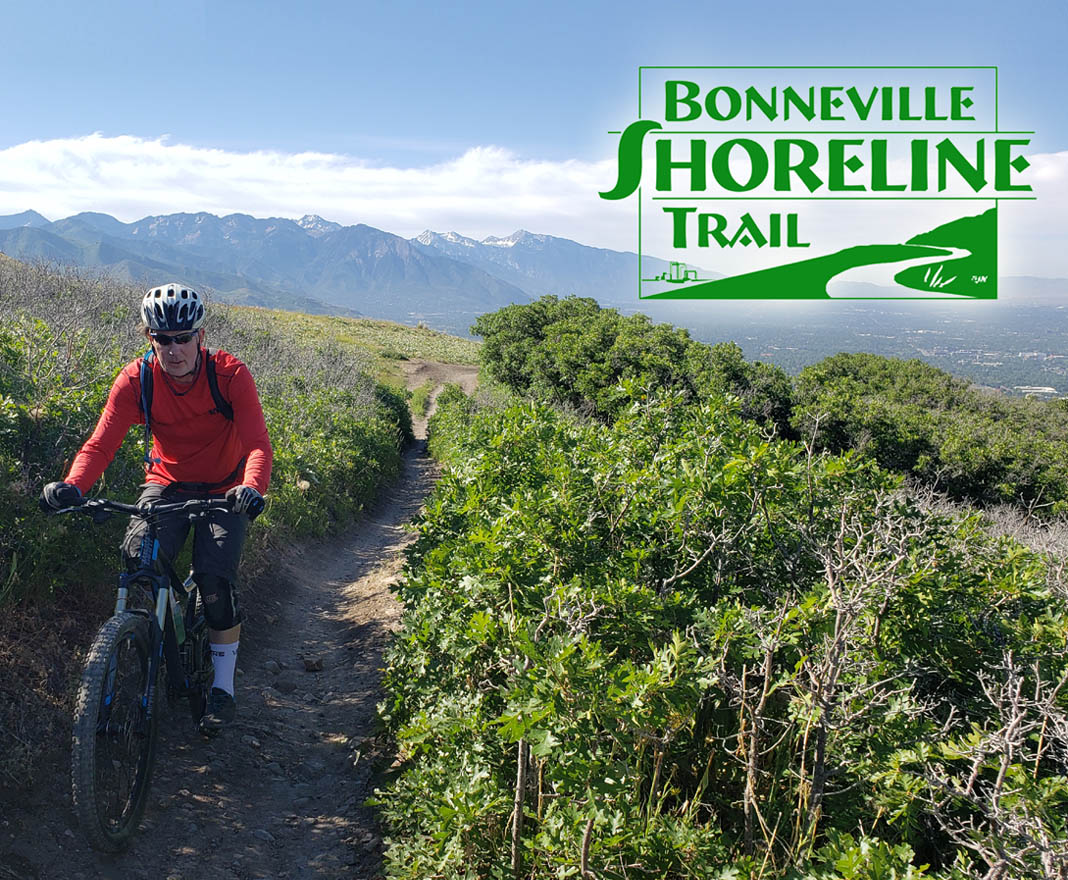 The Bonneville Shoreline Trail (BST) is a concept that involves a pathway on the west slopes of the Wasatch Range and the east slopes of the Oquirrh Range, on or near the shoreline bench of ancient glacial Lake Bonneville in Cache, Box Elder, Weber, Davis, Salt Lake, and Utah Counties. The trail may eventually connect from the Idaho border to Juab County, an airline distance of over 150 miles. The actual trail tread would be double that distance. 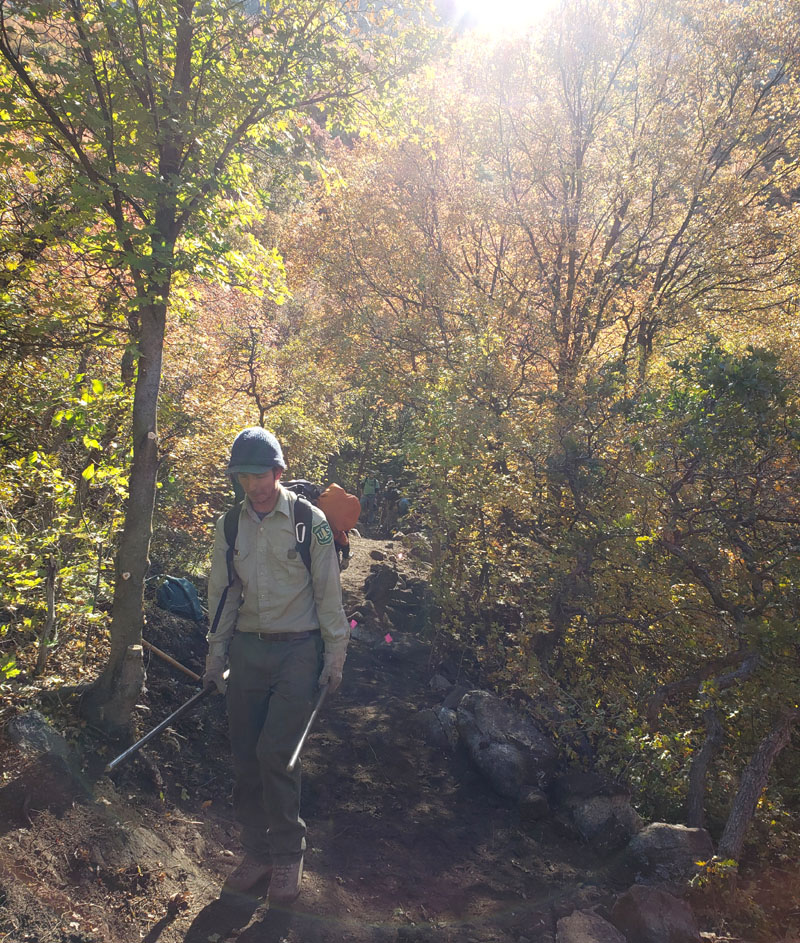 The Bonneville Shoreline Trail concept began in 1990 as an effort to preserve a heavily used mountain biking, jogging, and walking pathway along a corridor between Emigration Canyon and Dry Canyon on the east side of Salt Lake City. The southern part of this segment went along a natural gas pipeline and into This Is The Place State Park. The park wanted to fence off its growing area of historic buildings and charge fees for admission. Recreationists did not want to be fenced out of their traditional use area or pay fees. A solution was reached that created a fence line below the recreation corridor. Similarly, to the north of the state park, the University of Utah’s Research Park and Red Butte Garden were growing, with the latter concerned about fencing to protect its horticultural collections, a fee area, and Research Park management considering new development that might terminate the recreation corridor. By 1992 the University of Utah agreed to an unspecified recreation corridor to connect through Research Park and the University Medical Center area to Dry Creek Canyon to the North.

At about the same time, Salt Lake City policy, promoted through unanimous support of the mayor, city council, and planning commission staff, adopted the BST as a formal trail system throughout the foothills east and north of the city. In 1991 the Bonneville Shoreline Trail Committee was formed as a 501(c)(3) nonprofit corporation to promote regional development of the BST and focus on implementation in Salt Lake County. Challenges from developers and a minority of residents were met with overwhelming public support for this public policy. At this point, the City of Ogden, the Mountainland Association of Government, and Davis County adopted the identity of the BST for foothill trails, plans, and segments already in place. In 1994 representatives of entities in the area (Utah, Salt Lake, Davis, and Weber Counties) agreed with the BST Committee that there should be one continuous foothill shoreline trail along the foothills of ancient Lake Bonneville with uniform values and defining characteristics. By 1995 a BST logo and signs were finalized to tie the BST together as the backbone of a regional trail network.

In 1997, the Bonneville Shoreline Trail Coalition was established to share expertise and resolve common problems along the full length of the BST. A memorandum of understanding (MOU), which defined trail objectives and criteria, was created for each municipality and county implementing segments of the BST to sign and support. The MOU is a statement of consent and accountability to follow the common values established by the BST Coalition. The MOU promotes agreement on what the BST is and sets criteria for use of the BST logo.

Existing BST segments have been planned, adopted, and implemented piecemeal within each political jurisdiction, usually by a city or a county. There is no entire organization at this point, although the BST Committee, headquartered in Salt Lake City, was established in 1991 to promote construction along the entire length of the trail. The BST Committee’s financial and labor resources were concentrated on the successful development of the Salt Lake City segment, largely completed in 1999. 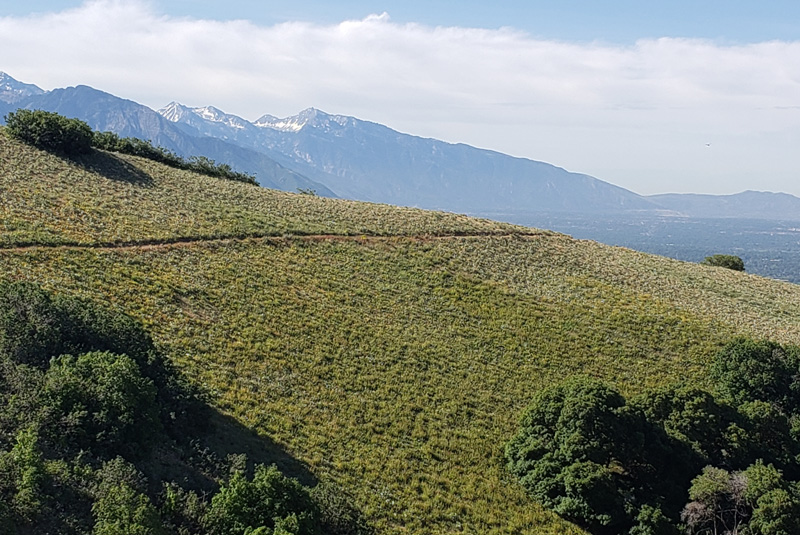 The BST Coalition, a voluntary working group of representatives of communities actively implementing and managing segments of the BST, meets most months and endeavors to establish, promote, and maintain standards, share expertise, and identify and resolve critical issues in trail development. Each community that chooses to construct a portion of the BST is encouraged to sign a memorandum of understanding (MOU) (shown in Appendix B) that indicates a community’s acceptance of values and standards for the BST. The BST Coalition is currently working with the Utah State Automated Geographic Reference Center to digitize all known physical attributes of the constructed and planned trail segments in Weber, Davis, Salt Lake, and Utah Counties.

More important than the distance of the trail are the size of the population served and the magnitude of recreational opportunity the trail provides. Placed near the Bonneville Bench, the trail skirts the developed areas of the Wasatch Front, often forming the boundary between urban subdivisions and National Forest Wilderness. The BST will be a regional hiking, biking, and equestrian trail at the back door of more than one million people. It will be the trunk of a branching regional system of trails linking city sidewalks to wilderness mountaintops.

Each community organizes resources differently in creating individual segments of the BST, in the way that works best for that community. In Davis County, unincorporated Salt Lake County, and the cities of Sandy and Draper, lead responsibility for planning and implementation lies with government. In Utah County and in the city of Ogden, informal but influential committees of citizen representatives and government staff work together on key segments. In Weber County and Salt Lake City, private nonprofit organizations have taken the lead with cooperation from government organizations.

In 2004 Logan City in cooperation with North Logan City built two miles of trail connecting the two cities. Volunteers from the Utah Conservation Corps USU) built the trail tread. In 2005 UDOT built a pedestrian underpass to connect the south end of the trail to Canyon Entrance Park at First Dam. Smithfield City shows the trail on its master plan. The Bear River Association of Governments did a proposed alignment study in 2003 for the county which shows 65 miles of proposed trail.

The Bear River Association of Governments did a proposed alignment study in 2003 for the county which shows 35 miles of proposed trail. Brigham City has added the BST to its master plan.

The BST on Draper’s east bench was constructed in the mid 1990s by volunteers, in cooperation with the water companies who owned the land. The BST appeared on the city’s first Parks and Trails Master Plan in 1996. In the late 1990s the South Mountain and Centennial Developments constructed portions of the BST as part of their developments, along the Traverse Range. In 2005/06, with the city of Draper’s acquisition of Corner Canyon and the additional open space dedications from developments, the city was able to complete the missing links, thereby creating 9 continuous miles of the BST from County Flight Park, on the west side of the Traverse Range, to just short of the Sandy City boundary to the north.

In 2004 Draper City, along with neighboring cities in Utah County, developed a proposed alignment of the BST around the Point of the Mountain and on the southern Traverse Mountain Range. Several miles of the proposed trail alignment will be within Draper City’s southern and southeastern boundaries. A more specific trail alignment option through the Micron property was also developed onsite with representatives from Micron, Mountainland Association of Governments, and Draper City. The proposed alignment which has been developed with Micron and neighboring cities has been incorporated in Draper City’s most recently adopted Parks and Trails Master Plan.

In 2008 the Forest Service acquired most of the land owned by the water companies along Draper City’s east bench, in which the BST currently exists. Also Sandy City, with the assistance from Salt Lake County, acquired private land at Draper City’s boundary, which allows the BST to connect through to Sandy City’s Hidden Valley Park.

RETURN TO TOP OF PAGE